Yesterday we headed to Ormiston Victory Academy school in Costessey Norwich. They had a free event called #supersciencesaturday encouraging children to be interested in science. 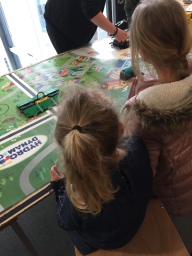 Big A and Little A had a wonderful time, I really enjoyed chatting to some of the pupils, teachers and getting involved with the activities with the girls. We created successful Slime (we have always failed at home). Made glow sticks, created aeroplanes and enjoyed looking at a robot programmed by pupils from the school.

Big A really enjoyed having some camouflage face paint and hiding against the backdrop. There were lots of animals to look for in pictures where they are hiding against their background and a Lyre bird video on the projector which mimics sounds with a microphone to make noises into.

Little K enjoyed watching the older school pupils doing the face paint (they all thought she was adorable and kept making her laugh) and using a neon pen on a board to write her name. 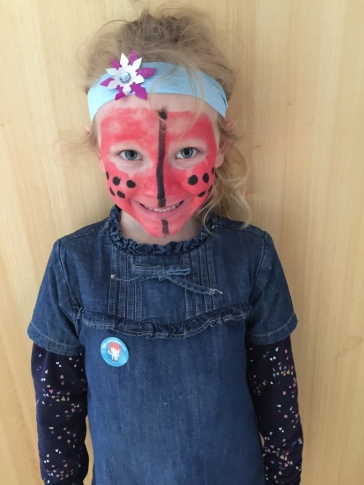 All of the pupils who were volunteering were very polite and took time to talk to us and listen to Big A chattering on about how she loves slime and glitter. The teachers were really friendly too and giving up a Saturday for the community is a lovely thing to do.

We had a really lovely afternoon exploring lots of science. After the event I spoke to a friend about our day and she said they often have these afternoons throughout the year so we will keep an eye out for the next event.