Yesterday we went along to the family rave at Epic Studios in Norwich.

The event was organised by Big Fish Little Fish. They have been putting on multi award winning events (Winner of Best Family Event, Family Festival Awards 2014-18, Time Out ‘101 Things to do with Kids in London) since 2013. They have entertained over 150,000 family ravers up and down the UK and have now launched in Australia. They have organised events in Dozens of venues including Alexandra Palace, the V+A and Glastonbury.

Having been to a baby rave a long while ago I was excited to go along and review this family event. We had been looking forward to attending the event for a few months and finally the day had come, after a tennis session in the morning we enjoyed getting glittered up and ready for the event. . The theme was ‘out of this world’ with fancy dress optional but encouraged so we went with a space and alien style theme. Little K had a unicorn and spacecraft dress from Asda and Big A had an Ebay special which looked a bit like a galaxy.

We used some fantastic glitter which I got from https://www.picnmixfestivalkit.co.uk/ the glitter is biodegradable, easily applied with aloe gel and stays put. The sparkle is pretty awesome!!! Would highly recommend! 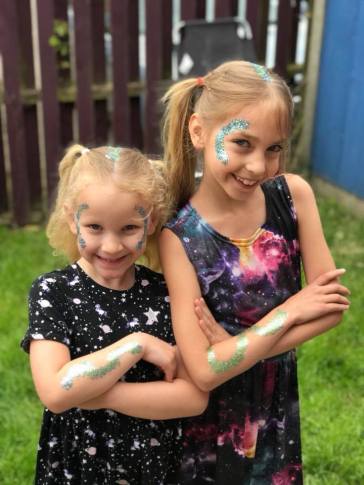 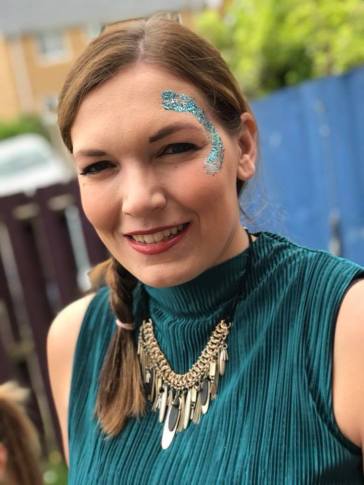 Upon arriving to the event we queued on the street with many other excited ravers. When 2pm came we were quickly led into the building checking tickets on the way in. There were some stewards handing out glow sticks for free as you entered which was a nice touch.

Once inside Epic Studios there was a tiered seating area on the right, a gluten-free cake stall on the left, behind this was an area with tunnels and tents. Craft table, play dough table and another tent and tunnel area. There was also a large mural picture for people to add to, colour and draw. There was a licensed bar along the back wall. There was also a face painting table but we didn’t venture to this area.

The stage was along one wall, there was some pretty impressive lighting and LED screens plus DJ decks and various other equipment.

The DJ’s were fantastic, the rave was awesome! Lots of dancing, both adults and children. The rave music was proper rave a good mix of tunes (and some recognisable to us youngsters) not children’s cheese. It was easy to dance and move to and feel the beat!

Ez Rollers feat Ella Sopp performed live which was a great addition to the DJing. We loved all the interactive elements creating a family friendly feeling. Bubbles, lights, confetti cannons, balloons, big balls and a parachute! Children and adults of all ages were dancing and joining in together. It was a rave so it was quite busy but never too busy that you didn’t have room to dance and move around. We loved that there were so many balloons I’d say everyone who wanted one got one to dance with.

The girls enjoyed creating headbands on the craft table using various materials and neon coloured card. Although the play dough table could have been improved. The homemade playdough was incredibly sticky and when heading to the toilet we came across many other parents trying to wash hands to remove the stickiness. The cake stall was a hit, we enjoyed a chocolate cupcake, red velvet cupcake, biscuits and a sweet potato brownie. Reasonably priced with cakes around £2 biscuits 2 for £1. 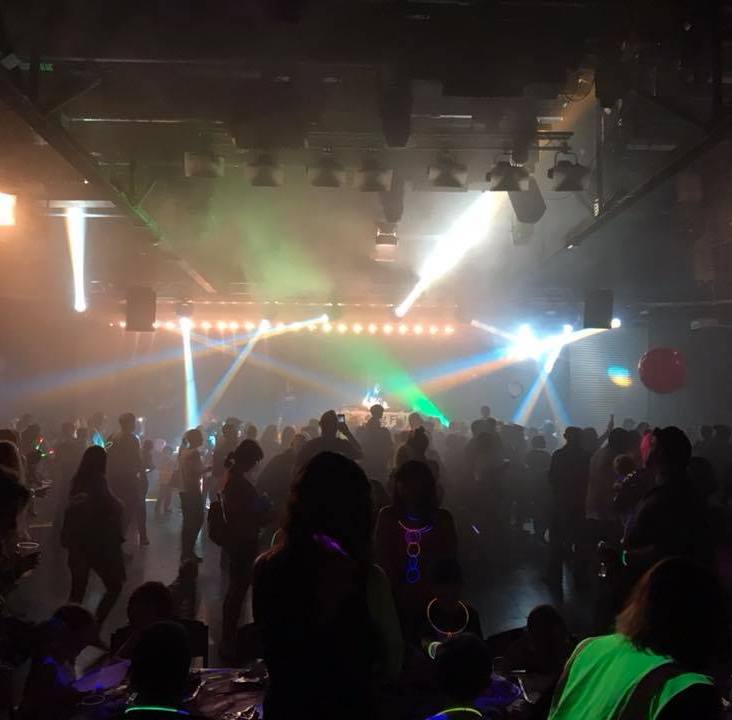 Overall we would highly recommend this event for all ages, little babies with ear defenders were even enjoying the lights music and bubble sensory experience. There was something for all the family. The tickets are priced reasonably at £9 per adult £7 per child and non-walking are free. This is a really fun way to spend a Sunday afternoon, being active, sharing laughter with children and creating memories. The only thing when booking the event that worried me slightly was the ‘licensed bar’ although at the event we didn’t see anyone over doing it, no drunkenness and everyone behaved in an appropriate manner, all we could see was everyone having a fab time! The only improvement we would like to see is the play dough being less sticky and possibly some more cutters or accessories for the playdough.

Check out the next event in Norwich in Chapelfield gardens with Big Top Tent Family Rave with Nookie, Trax + Live Percussion : tickets are on sale now we will definitely be heading to the event: http://www.bigfishlittlefishevents.co.uk/events/norwich-big-top-tent-family-rave-with-nookie-trax-live-percussion/ + theme is circus!! Best get planning an outfit!

Disclaimer – We received free tickets to the event in exchange for an honest review.